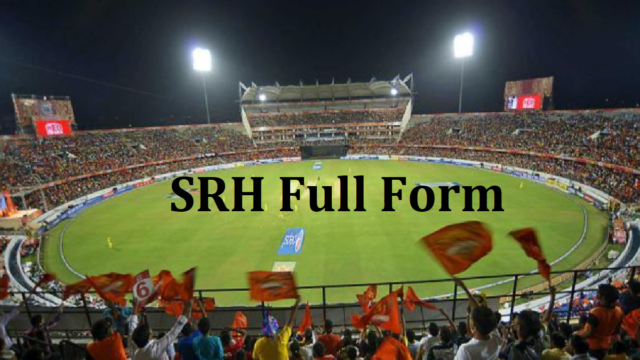 SRH stands for Sunrisers Hyderabad. It is also written as SunRisers Hyderabad and it is an Indian Premier League (IPL) franchise cricket team that was formed in 2012. It belongs to the city of Hyderabad. The nickname of this team is Orange Army Eagles. The home ground of this team is Rajiv Gandhi International Cricket Stadium, Hyderabad, India. SRH won the IPL in 2016. It has participated in all the sessions since it was formed.

SRH long-form is Scottish Radio Holdings. It is a media company established in 1970, and it has 22 radio stations. SRH has also published more than 30 local newspapers in the United Kingdom and Ireland.

SRH definition is Storm Relative Helicity. This term is used in the meteorological system for the measurement of the potential cyclonic updraft rotation in right-moving supercells. Moreover, it is calculated for the lowest 1-km and 3-km layers above ground level.

What is the PMS full form?

What is the RFID Full Form