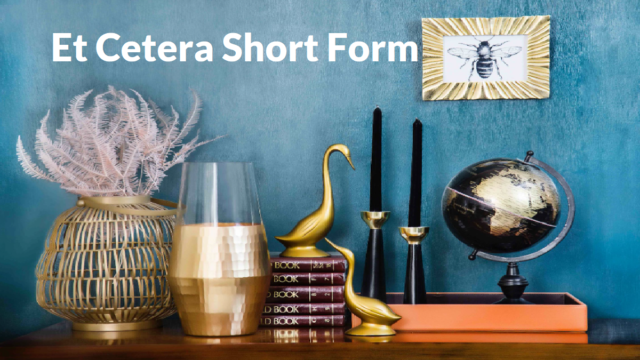 Et cetera is a Latin phrase that means “and so on” or “and other things”. It is often used to refer to a list of things where the speaker does not want to name all of them individually. For example, if someone says “I need milk, eggs, et cetera,” they mean that they need milk and eggs, plus other things that are not being mentioned.

The phrase is also sometimes used more broadly to mean “and so on” or “and so forth”. In this usage, it can be used to refer to any additional information or details that have not been mentioned. For example, if someone says “I need your help with the project, et cetera,” they might mean that they need help with the project, plus other things that they have not mentioned.

Et cetera can also be abbreviated as etc. or &c. When it is abbreviated, it is often followed by a period (full stop).

What is the IOC Full Form