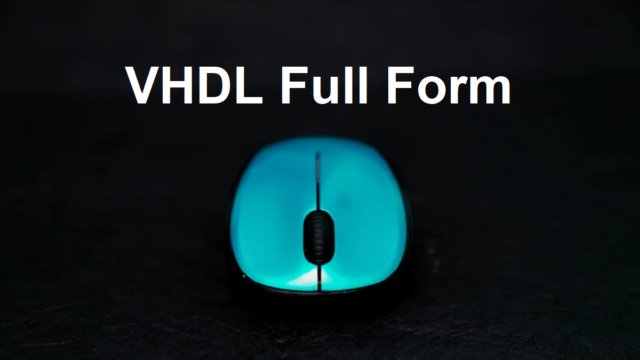 VHDL full form is VHSIC Hardware Description Language. VHDL is also known as Very High-Speed Integrated Circuit (VHSIC) Hardware Description Language (VHDL). VHSIC is the program of the United States of America Department of Defence and this language is named after this department. The standards of this language are defined by IEEE and first time appeared in the 1980s. Currently, its final version was released in 2019 and its file name is .vhd. This language defines and models the behavior and structure of digital electronics circuits. It works on multiple levels of abstraction, from the system level down to that of logic gates, for design entry, documentation, and verification purposes.

What is the TCS Full Form

What is the Full Form Of LPG