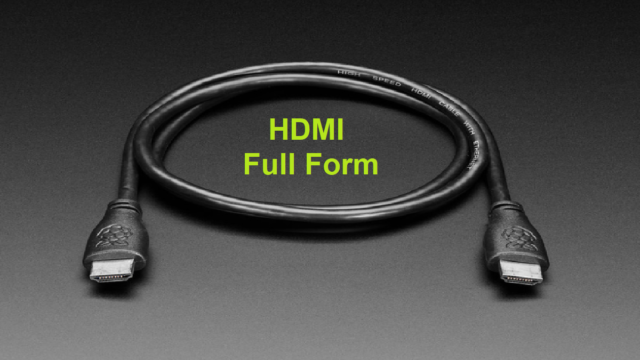 HDMI stands for High-Definition Multimedia Interface. It is an audio/video interface for transmitting audio and video digital signals from an HDMI source device. This interface is the best substitute for analog video standards and was designed in December, 2002. There are many manufacturers of HDMI in the world. That signal can be uncompressed video data and compressed or uncompressed digital audio data. HDMI source devices may be a video projector, digital television, a display controller, a compatible computer monitor, or a digital audio device.

Different types of HDMI versions are designed and developed during this period but all are using the same cable and connector. The EIA/CEA-861 standards play an important role in the development of this interface. It defines video formats and signal waveforms, auxiliary data of audio/video, transport of compressed data, uncompressed LPCM audio, etc. It also implement the VESA EDID.

What is the Full Form Of LPG

What is the HMU Full Form

What is the ZAR Full Form