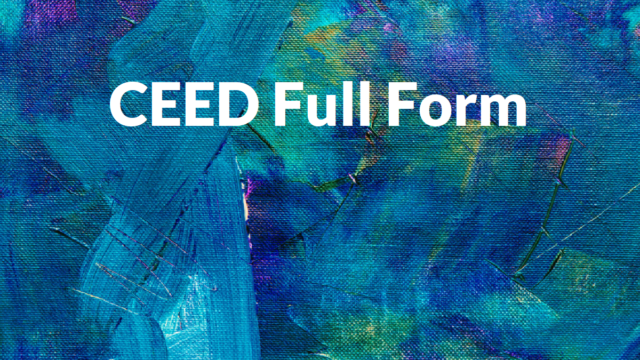 CEED Full Form is the Common Entrance Examination for Design

CEED is a multiple choice question (MCQ) based examination. The examination tests the ability of the candidates in the areas of visual perception, observation and drawing skills, creativity, analytical and problem-solving skills, and understanding of processes, materials and tools.

The CEED score is used for admissions to the following programmes:

CEED test has three sections. The first section of the examination tests the visual perception ability, observation and drawing skills of the candidates. The second section tests the creative, analytical and problem-solving skills of the candidates. The third section assesses the understanding of processes, materials and tools.

Candidates will be allotted 3 hours to complete the examination. There is no negative marking for wrong answers. The CEED score is valid for a period of one year from the date of announcement of results.

What is the I Would Short Form

What is September short form