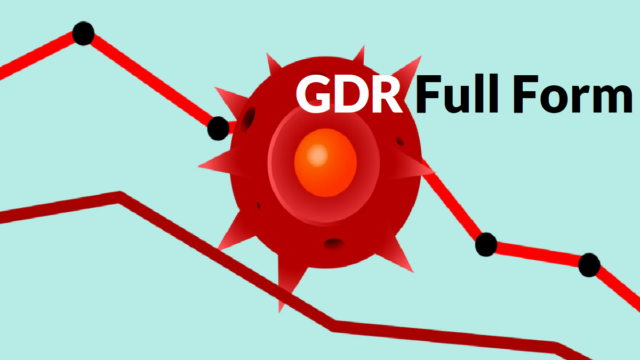 GDR stands for Global Depositary Receipt. A (GDR) is a financial instrument issued by a bank on behalf of a company that wants to list its shares on more than one stock exchange. A GDR gives the holder the right to own the underlying shares. It is very common for companies to issue GDRs when they want to list their shares on multiple stock exchanges. This is because it is often easier and cheaper to issue one GDR than to list the shares on each exchange individually.